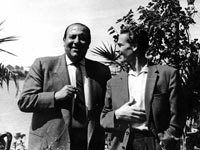 All kinds of odds were unearthed when I was rummaging through some drawers the other day. This b/w photograph was made in Baghdad half a century ago. The image was taken on the premises of Zia Hotel by the river Tigris. It shows my father (right) and Michael Zia, the proprietor of the Zia Hotel. 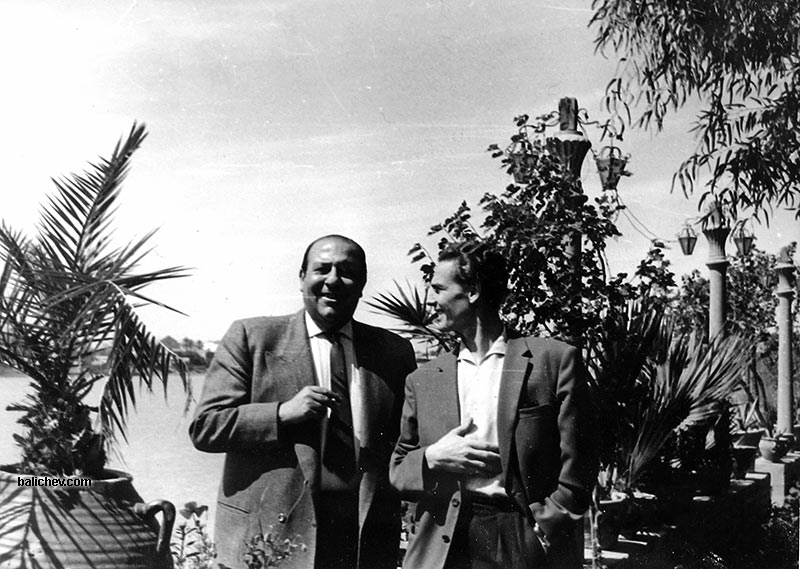 Michael was a very large, very friendly extrovert, immensely popular among guests. He was portrayed under the name of Marcus Tio in Agatha Christie’s novel They Came to Baghdad (1951). The Tio Hotel plays an important part in the novel with Marcus being perhaps the most fascinating character! Like his real-life counterpart, Marcus was most likely to be found at the hotel bar. 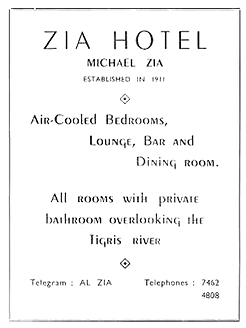 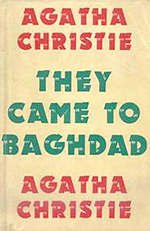 And here’s an extract from the unforgettable book by Agatha Christie:

“Victoria arrived at the Tio Hotel in a dazed condition.

A small alleyway led back from the fanfare of Rashid Street towards the Tigris. A short flight of steps to go up and there at the entrance of the hotel they were greeted by a very stout young man with a beaming smile who, metaphorically at least, gathered them to his heart. This, Victoria gathered, was Marcus – or more correctly Mr Tio, the owner of the Tio Hotel”.